This contest is now over! Thanks to all who entered! 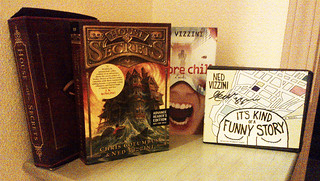 ⇑ That's the prize pack I'm offering for my contest: 1 House of Secrets advance copy (with special packaging), 1 Be More Chill, & 1 It's Kind of a Funny Story audiobook. All signed by me.

To enter, just retweet THIS LINK, which contains the first line of House of Secrets:

"Brendan Walker knew the house was going to be terrible."

I will pick one winner every week until April 19! Booksellers: you have preferential treatment because I like you. But other than that, winners chosen randomly! 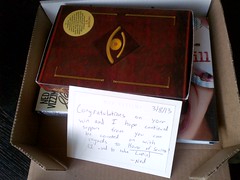 Writers and booksellers may disagree and say that first lines are more important, because if your first line isn't good, the reader will never buy the book. But to that argument, I say...

Have you ever met someone who's read Dragon Tattoo? They all say the strangest thing:

"Well, the first sixty pages are all about libel law in Sweden... BUT THEN IT GETS AMAZING."

What?! The first sixty pages were boring? How did you get through them? How did the book sell a gazillion copies? The answer lies in the hidden challenge of a book with a boring beginning, which is this:

If you're smart enough, you'll get through the boring part and find the book's special secrets.

Lord of the Rings works this way. Everyone agrees that Fellowship is bit slow... but by the time you get to The Two Towers, you can't put it down. And The Return of the King? Astounding! Oh, wait, you didn't get that far?

Well, maybe you're not the sort of person who can handle LOTR. Maybe you can read Narnia books, which are easier. You know, for children. 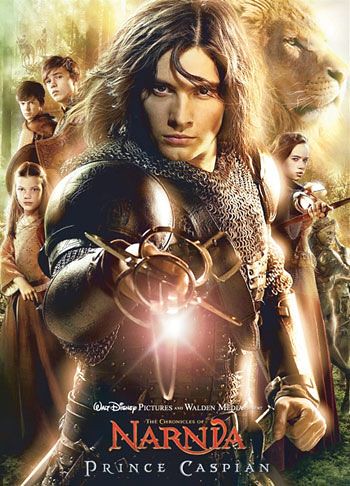 Maybe I sound bitter here. I'm not. I'm just pointing out that there are no Dragon Tattoo-style books in children's literature. YA and middle grade books from Alice and Wonderland on must deliver the goods quickly. (Remember, Alice goes down the rabbit hole on page one.)

In fact, in comparison to TV and film, books for young people have less room to breathe. You can start an episode of Breaking Bad with Walter White drinking a cup of coffee for 20 seconds. You can start a film with hominids sitting in a cave. Your audience has already committed to being there in some capacity.

A novel on a shelf in a bookstore has no such luxury. It is going to be picked up (because the cover isn't terrible), opened (because the summary looked ok), and sampled. And the sampling is going to begin on page one. So unless it's Dragon Tattoo or Lord of the Rings and its reputation proceeds it, page one better be good.

So in co-writing page one of House of Secrets, I learned from three people:


That's really all your first line has to do. Give it to 'em.