Thanks all who entered the House of Secrets contest! 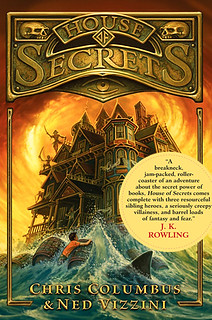 This book is coming out April 23, 2013, but the 25 people who won this contest will get an advance copy in some special packaging.

We had more than 100 people enter this contest from all over the world. The challenge was to share a secret about yourself, something a stranger wouldn't know.... and the best (funniest, bravest, weirdest) secrets won House of Secrets.

If you have a * next to your username, please be in touch with your mailing address to get your prize book!
Tags: contest, fun, house of secrets
Subscribe