Life Lessons from the One-Legged Dentist

After I moved to Hollywood and started working in TV, I got health insurance and dental through the Writers Guild -- but there were about two years where I didn't see a dentist at all, and one of my teeth hurt. So this past summer, my wife Sabra Embury, who was on a LivingSocial kick, found me a "special offer" for a dentist.

Now, LivingSocial calls what they do "special offers." But really they're coupons.

So yes, I went to a dentist with a coupon.

This dentist was in the middle of this giant mall complex in Commerce, CA called "Citadel Outlets". If you live in Southern California, you know Citadel because it's the outlet mall with the gigantic sphinxes that preside over the street: 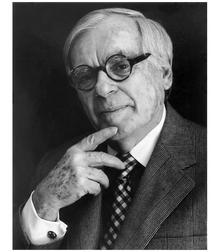 -- told me that he had a great idea for a TV show about dentists, and also one about naval warfare in Alaska in WWII. I just nodded with instruments in my mouth while he fixed the cavity that was detected during the $35 cleaning. But something weird happened once my filling was over...

In fact, it hurt worse. So I went back to Citadel Dental (biking this time) --

-- and they said they did the filling wrong. Dominick Dunne replaced it for free. I rode home with a ton of Novocaine in my face trying to talk to my writing partner Nick Antosca while patting my lips to make sure they were still there. I nearly got hit by a few cars, but I made it home. Thing was...

So this time I decided to go to a different dentist. And I decided that a random dentist found through the Writers Guild website would be better than Dunne's Sphinx Castle Mall Practice.

I ended up at a place that I will call Life-Lesson Dental -- both because the dentist I saw was very into imparting life lessons, and because I learned a life lesson or two there. I'm protecting the identity of this place by not naming it.

I showed up at 10:30am and filled out one of those long sheets about my health history. Filling those things out always makes me feel lucky. I just check "no," "no," "no" on every box. I never mention the fact that I was hospitalized for suicidal ideation in 2004 and that I used to be on all sorts of medications for depression. Even though It's Kind of a Funny Story is a book and a movie and anyone can find out in 0.02 seconds on Google that I was hospitalized for mental health issues, I never put it on forms and people never check it.

So I handed in my blank form and went to the X-ray room to do X-rays. There were two dental assistants at Life-Lesson Dental, both older ladies, and they were constantly bickering at one another.

"But usually you clear it with ME."

"The doctor's not here, Melissa, could you let me work with this patient?!"

This is not the most reassuring thing to hear at the dentist. Besides, Life-Lesson Dental was shoddy. It needed to be re-grouted.

Dr. Monteblan was not his real name, but I think it does a good job of capturing his background -- we was a Mediterranean with an old-world accent who looked like Alfred Molina:

But there were two things about him that stood out most of all:

Now, the one-leg thing is one thing. Dr. Monteblan used a wheelchair (a very old-school wheelchair) and there's nothing wrong with that. There's no explicit reason why a dentist has to stand on two feet -- they spend most of their time bent over you anyway.

But the shaking hands was another story. If Dr. Monteblan tried to write a straight line on a chalkboard, it would come out as a seismograph.

Still, I was paying for this. I had to see it through. Maybe Dr. Monteblan was a great dentist.

Ned: "I have this tooth that hurts. I'm pretty sure it's this one, which was filled and re-filled by another dentist, but you can poke it with a stick and we'll confirm."

It just got worse from there. Dr. Monteblan's bedside manner involved yelling at me. He would make me hold up a mirror to my own mouth to see what was going on and then harangue me:

After about 30 minutes of this, Dr. Monteblan said he had an idea of what to do to fix my teeth, and he pulled out a drill. He was trying to put a bit on the drill (to "buff my filling down"), but his hands were shaking so much that he dropped it on the floor! That's when I stood up.


Ned: "Dr. Monteblan, I'm sorry, I don't want to do any actual work on my teeth today. I need to talk to my wife and I'll call you back."

Dr. Monteblan: "Oh? You will call us back? We have heard this before!"

At that point Dr. Monteblan shook his stump at me, and I high-tailed it out of his office.

The funny thing was, I was in a terrible mood when I went to the dentist (I was depressed about something stupid that I won't get into), but when I left, I felt great. I didn't know that episodes of Curb Your Enthusiasm could just drop into your life. I felt alive, free. I had escaped with my life!

I told this story to Ken Baumann, and he told me to check in with his friend who goes to one of the best dentists in LA, the one who does Zach Galifianakis' teeth.