The First Thing I Ever Wrote -- A Comic-Con Adventure

I usually tell people that my first piece of writing was the essay "Horrible Mention" which appears in Teen Angst? Naaah...:

I wrote "Horrible Mention" when I was 15; it was printed in New York Press in May 1996. I remember the moment I saw it. I was in a pizza place by Stuyvesant High School and I looked at my name in print and had an out-of-body experience. I felt a whirlwind of pride and fear and shame: pride that I had done something, fear that I would never do it again, and shame that I didn't deserve it.

Now, when people ask, "What is it like to publish a book?" or "What was it like to have your book become a movie?" I tell them that the real thrills all happened in 1996, in that pizza place.

But that's not entirely true.

Because there was a precursor to "Horrible Mention."

There was my letter in Marc Spector: Moon Knight #36:

Moon Knight isn't the best-known Marvel hero -- if they ever make a movie I'll be shocked -- but he has a persistent intellectual fanbase. Writers Gregg Hurwitz (the TV series V) and Brian Michael Bendis (Ultimate Spider-Man, Daredevil) recently tried to resurrect him; I bet they, like me, read him a kid and thought there was something special about an ex-mercenary who beats up criminals because he thinks he's an avatar of the Egyptian moon god.

Moon Knight isn't like other Marvel heroes. Other heroes talk all the time. Moon Knight spends most of his time thinking in abstract riddles, with quotes from Lord Byron and Tennyson thrown in, and when he does talk, it's to say important things like: "I'm. On. Fire!!" 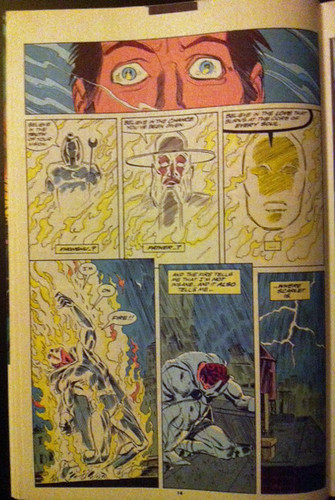 His avant-garde proclivities are best serviced by the "Scarlet Redemption" storyline, a which ran in Marc Spector: Moon Knight #26-31 in 1991, and which I think beats Watchmen for sheer compositional chutzpah: 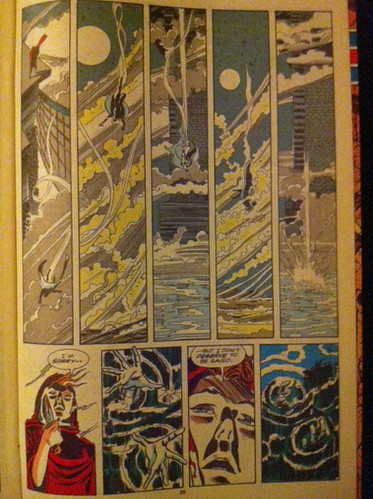 Plus, you can't top the covers. 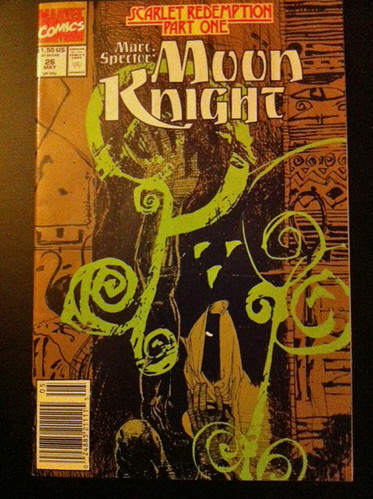 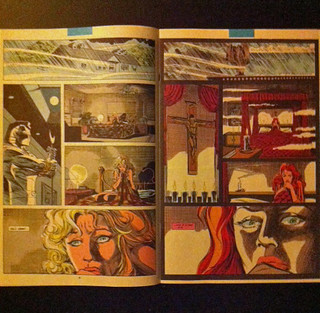 So I felt compelled as an 11-year-old to write a letter to Moon Knight. They published it! Somehow, in ensuing years, I forgot what it was like to read that letter and see my name in print. Maybe I didn't think about it because it was a simpler sort of accomplishment. Writing letters to the editor doesn't involve fear or shame -- just joy. 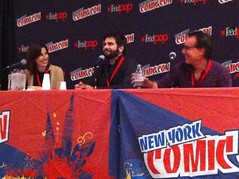 -- I decided to try to track it down.

It's not easy to find issues of Moon Knight from the early 90s. That was the Glut Age of comics, when we all bought five editions of the same issue with collectible covers and stored them in plastic cases, so they never appreciated in value. The Moon Knights I paid $1.50 for in 1991 are worth $1.00 now.

I finally found a booth that had "Scarlet Redemption" and started going through the issues. I would look at the letters page of each comic; when I didn't see my name, I bought it anyway. The arc really held up and each issue was so cheap. But where was my letter?

It wasn't in issue #32, #33, or #34. It wasn't in #35. "Scarlet Redemption" was what my letter was about, so if it didn't appear during or after that storyline, maybe it never existed at all. Maybe I just dreamed it, like a few other childhood accomplishments I wanted to claim.

I opened Moon Knight #36 in mad-squirrel desperation -- and there it was: 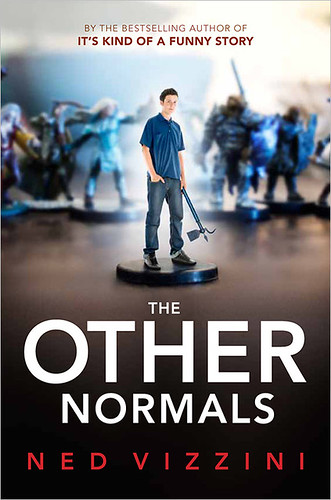 "See? I write books now, but this letter was the first thing I ever wrote!"

He smiled at me.

"You keep that, buddy. That one's yours. On the house."